The Hiram Award is the single highest honor a Master Mason may receive.
It cannot be sought or applied for, but is awarded at the request of the individual’s Lodge.
What is the Hiram Award?

The following are recipients of this high honor:

The recipient can also be found in our lodge on the following plaques. 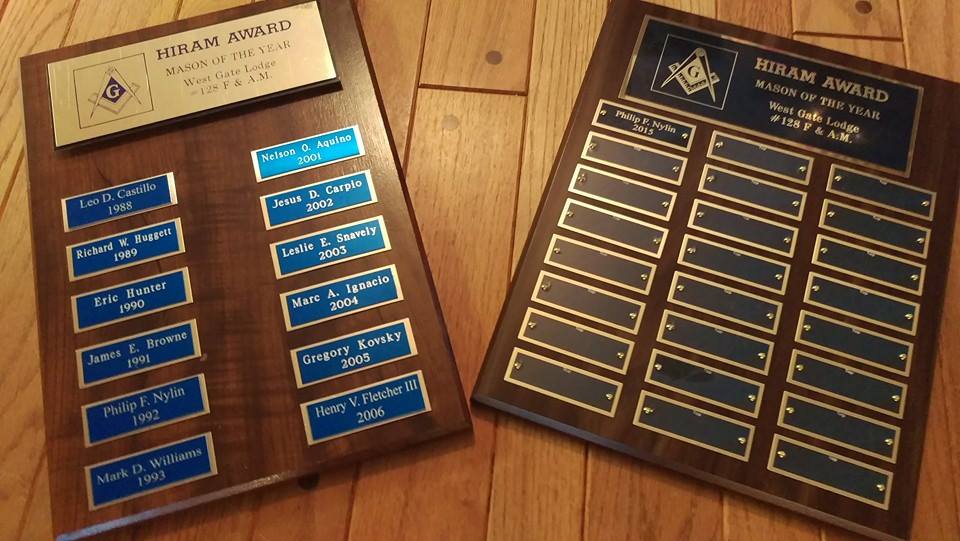