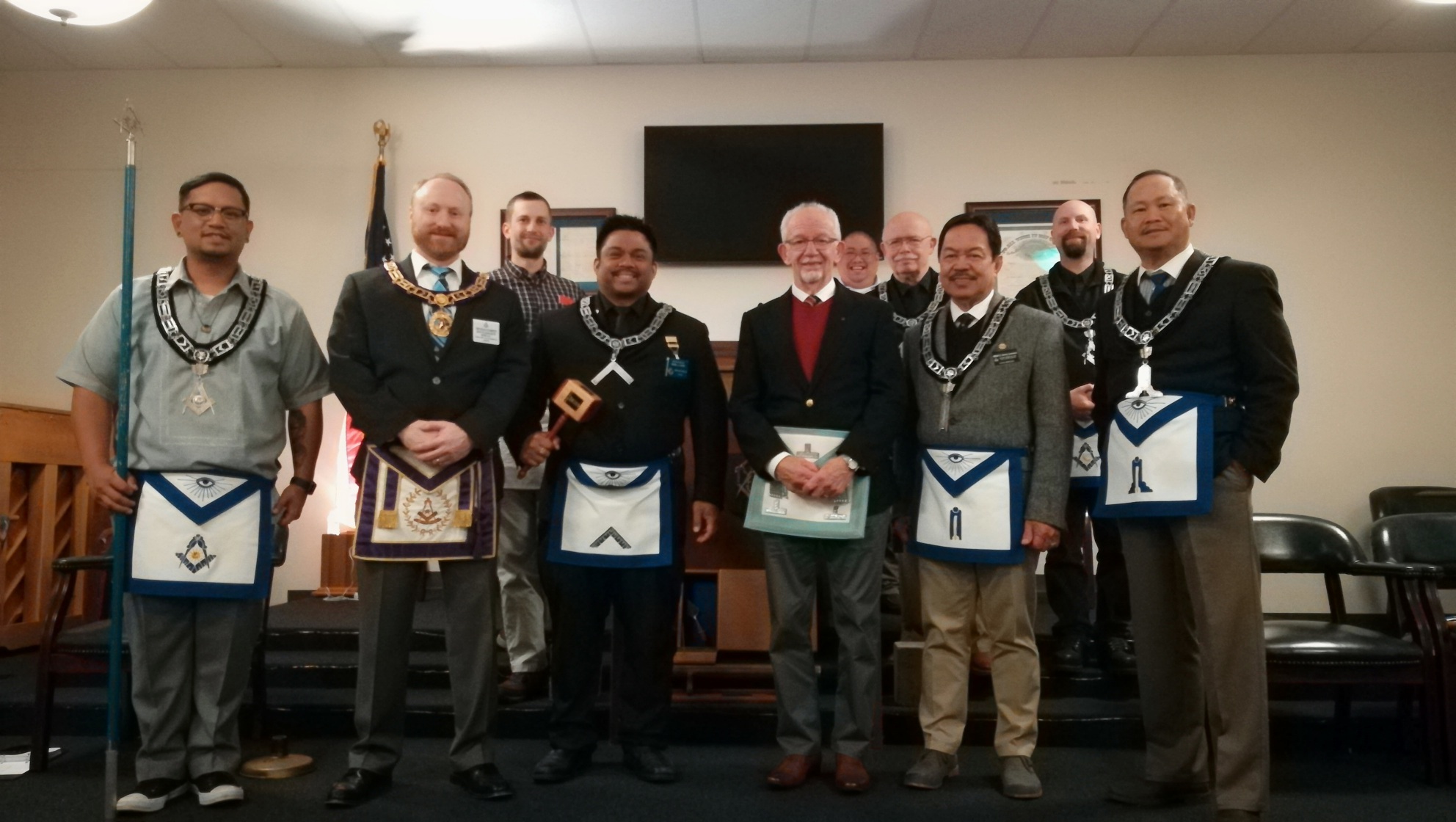 The Stated Meeting of April was a great night of fraternal friendship. We performed a Masonic Funeral Service for that of Bro Herbert “Herb” M Bridge and Bro Romeo “Romy” Q Del Fierro. This was an honor to do and we are glad to have known such great men.

We also had a return of a visitor of our brother from down under. It is exactly 6 years to this date since his last visit and always a pleasure. The last time he was here was when WB Jim Nash was in the East. 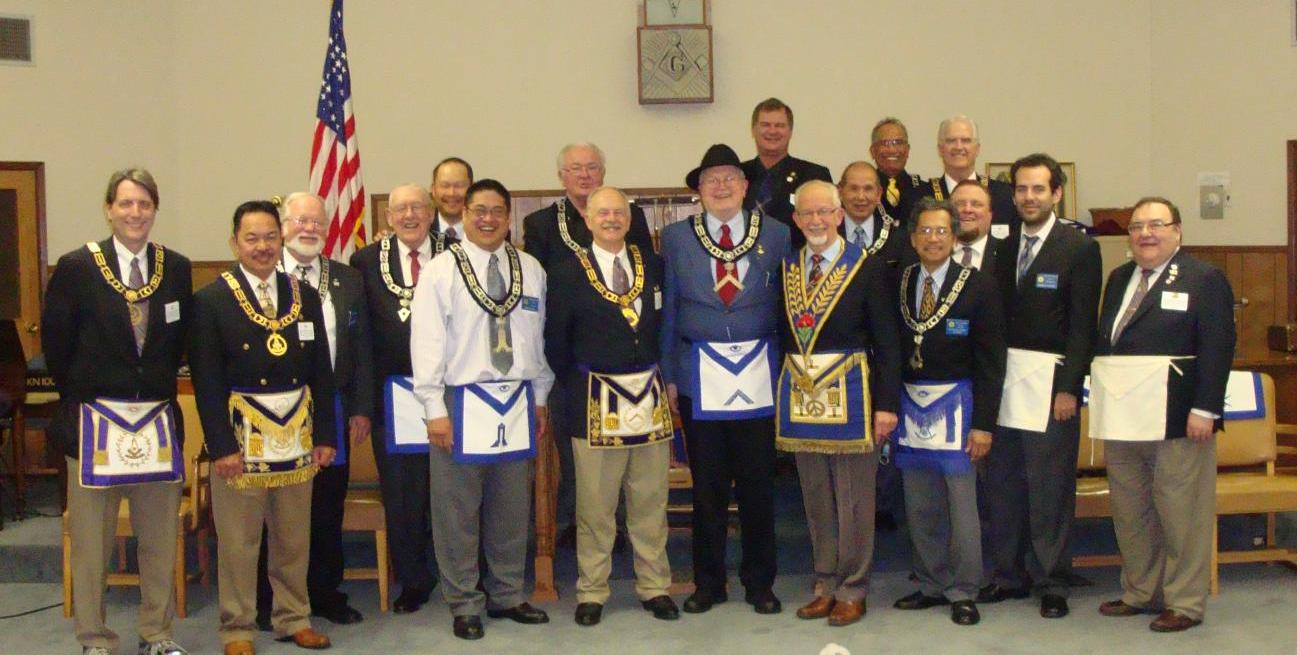 RWB Maurice hails from Sydney Australia and hails from John Williams #148 of the United Grand Lodge of New South Wales. He shared the similarities of our lodges and their respective jurisdictions and holds an open invite to all brothers to look him up if interested in visiting the ‘Down Under”.

Below are pictures of his Past Masters apron that has some interesting traits our brothers found interesting. Especially the pocket which holds documentation of him being a mason as well as other secrets I’m sure he is more than willing to share. Thank you brother for visiting us yet again and we hope to see you sooner than another 6 years.